…places where you can find stuff by and about me, lately.

18 editors of haibun, including me, share their thoughts on editing haibun in the most recent issue of Haibun Today.

There’s an app for me now. Well, okay, for me and a whole bunch of other poets. A couple of months ago The Haiku Foundation released an updated version of THF Haiku at the App Store. (I reviewed the first version a while back.) There’s a whole new selection of several hundred haiku and one of them is mine. No, I’m not going to tell you which one. You’ll have to go get the app to find out. (It’s free.) Because I’m diabolical like that.

As some of you may know, I am attending library school and some day I even plan to finish. Three of my classmates there started an amazing project last year called the “Library as Incubator Project,” which aims to document and encourage artists who use libraries to inspire and assist them in their work. (That’s my summary of what they do. I hope they’d agree with me.)

Anyway, back in April, which was National Poetry Month, they asked Sari Grandstaff, who is a haiku poet and school librarian, to put together a Pinterest board about haiku. And she did. There’s a link to this blog on it, for which I feel very honored and slightly freaked out. My worlds collide.

“A meditation on namelessness” and “summer vacation”

On his blog “haiku and commentary and tales,” Jim “Sully” Sullivan writes commentary about various haiku that interest him. More of us should probably do this. A while back (I’m slow, people) Sully wrote about a one-line haiku that I posted on Monostich. Then more recently he wrote about a haiku I published in Kokako and also posted here. He is way more philosophical than me but almost everyone is. I enjoyed reading his commentary.

sassafras
some
sorrow
peels away
with
the
bark

In the first dream I remember — and unlike many of my stories, this one is true — Dracula chained me in my attic. I was five when I dreamed this. Our attic was a large unfinished space that ran the length of the second floor of our house, behind the real rooms where we lived our daily lives. The attic was a shadow house, full of castoff furniture and household belongings. My younger sister and I played there all the time: Hide-and-seek, House, Scare-your-sister. It was dimly lit, and not climate-controlled: in the summer you could hardly breathe there for the heat. It didn’t scare me to be there but I had a proper respect for the place, I took it seriously. I had an unarticulated feeling that things could happen there that couldn’t happen in our house proper, that it was an alternate world full of alternate possibilities.

speeding neutrinos
somebody counts
to ninety-eleven

The details of the dream are fuzzy now but I can remember being wrapped in chains in a back corner of the attic, watching helplessly as Dracula flew in through one of the tiny windows in the form of a bat, then changed into Dracula and taunted me for my helplessness. Was Frankenstein there too? I seem to remember Frankenstein. I begged them to let me go but they wouldn’t. They wanted me to stay in that attic. I wanted to go. We didn’t come to any form of agreement before the dream ended.

It was a nightmare, of course — I was terrified while it was going on, and shaky when I woke. But though I was so young I took it pragmatically. I knew there was no Dracula and no Frankenstein. I knew no one would chain me in my attic. I didn’t acquire any fear of the place. In fact, I may have spent more time there than ever, now that I could see what it was really good for: It was a breeding ground for stories. Some about things that could never happen, and some about things that almost certainly did.

mousehole
a line of ants
walks out of it

rain begins—
a question sprouts
in a red china pot

drapes a question over a chair without folding it moonless

a
question
scrambles
up

to
the
water’s
edge

the smallest bone in my body breaks winter reeds

He stopped in my office one afternoon and began asking the kinds of questions I had always hated. Where do you see yourself in ten years? Where would you go if money were no object? What are your three favorite books, your five favorite songs, your ten best memories? What do you think of the current political situation? Why do you write poetry?

I told him I had a lot of work to do and couldn’t talk right now. A little while later I made a trip to the vending machine to get a Snickers bar. He was standing in front of it, trying to decide between Pop-Tarts and Hostess Cupcakes. I made a face. He shrugged. “They’re both terrible, of course. But if you were starving, which one would you choose?”

“I would choose Snickers,” I told him, and retrieved my change from the little hole at the bottom of the machine. I had to ask him to move in order to retrieve my Snickers. Somehow I got my hand stuck in the flap when I was pulling it out, sort of like those monkeys who get their hands caught in jars because they refuse to let go of the banana. I refused to let go of the Snickers. But I finally got my hand out anyway.

He didn’t say a thing.

what’s in between the root and the flower downpour

I gave up on the lists and worked for a while on a spreadsheet that someone else wanted me to work on. It contained no useful information, but it looked really great. Then I made some phone calls and asked some questions with easy answers. No one appreciates difficult questions, people.

Why do I write poetry anyway?

As I left the building he was standing by the entrance with an umbrella, which I never think of bringing. It wasn’t raining, but he held it over my head anyway. “How do you define poetry?” I asked him.

“I’ll just take the next one,” I said. “If money were no object, I would go on a tour of all the major mountain ranges of the world.”

“That doesn’t surprise me,” he said. “I think you write poetry as a substitute for mountains.”

prairie burning if it were spoken aloud

watering the garden
as if yesterday
never happened

roses used to think I could pry them open 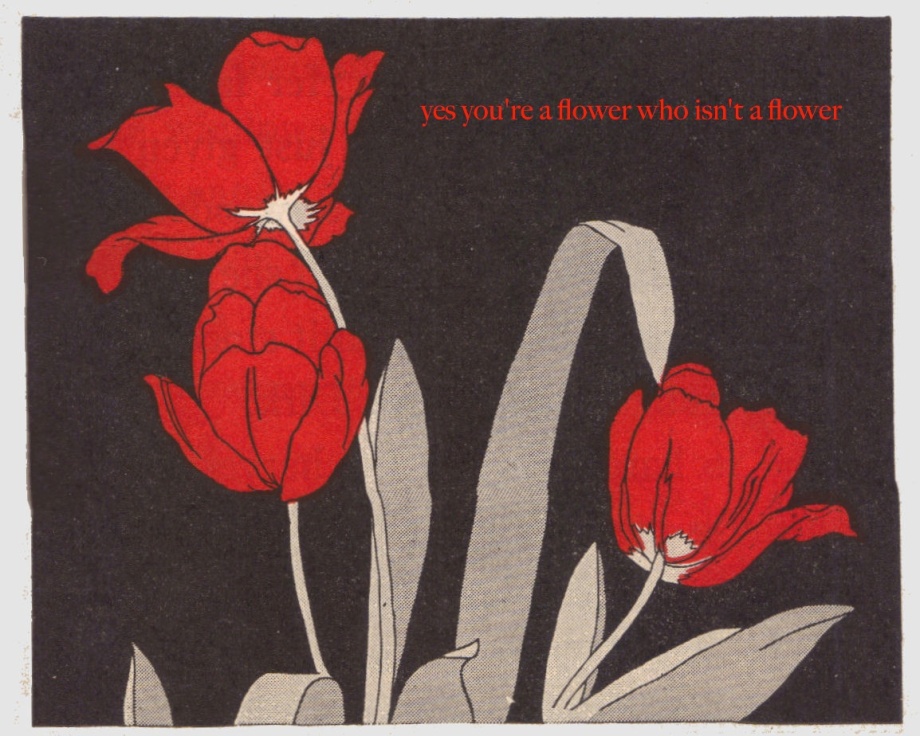 I started this blog two years ago today. Thank you all, you wild flowers.

I’d say more, but I might start bawling and get salt water in my keyboard.