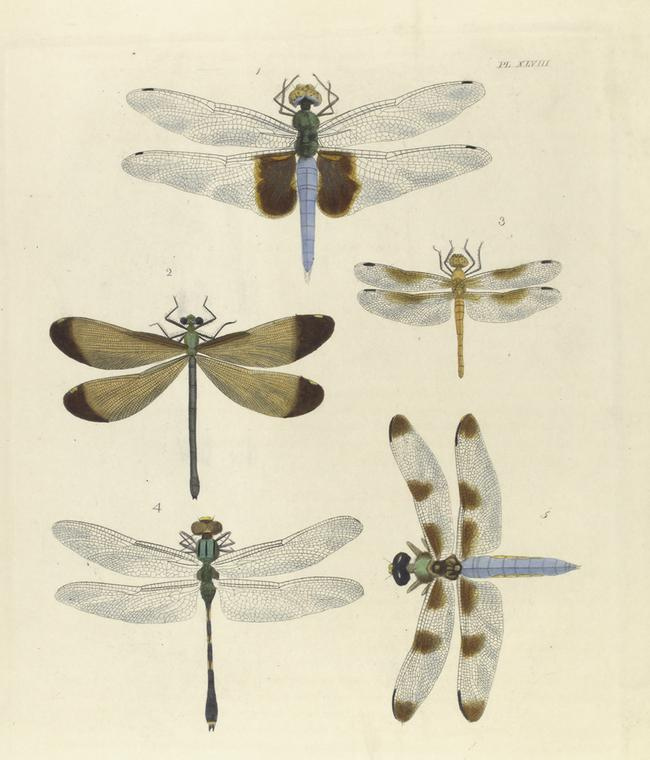 Did I have any idea what I was getting myself into when I announced this topic? No, I did not. I had no idea that so many people would send me so much varied and amazing poetry about dragonflies. Just as I had no idea there were so many kinds of dragonflies until I started doing a little (okay, a lot) of research…

I’ll launch into the poetry in a minute, but first off, for those among you who like me have to know every. single. thing. there is to know. about something before you can possibly just enjoy reading about it (yes, we are annoying)… here is the Wikipedia article on dragonflies (which fascinatingly contains an entire section on the role dragonflies play in Japanese culture and even references haiku) and here is the page on dragonfly kigo from Gabi Greve’s World Kigo Database.

Okay, I’ll shut up now and let you enjoy this dream of dragonflies. 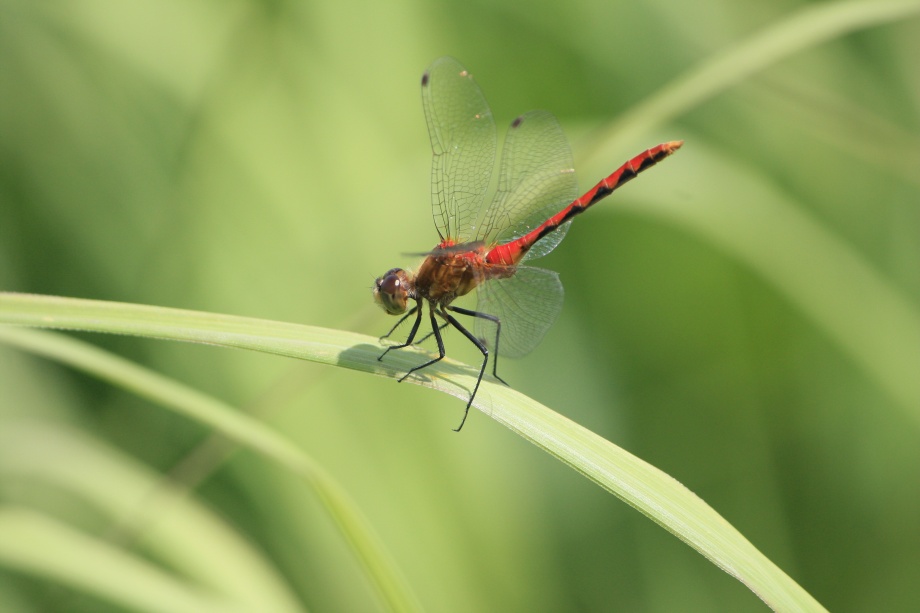 The beginning of autumn,
Decided
By the red dragon-fly. 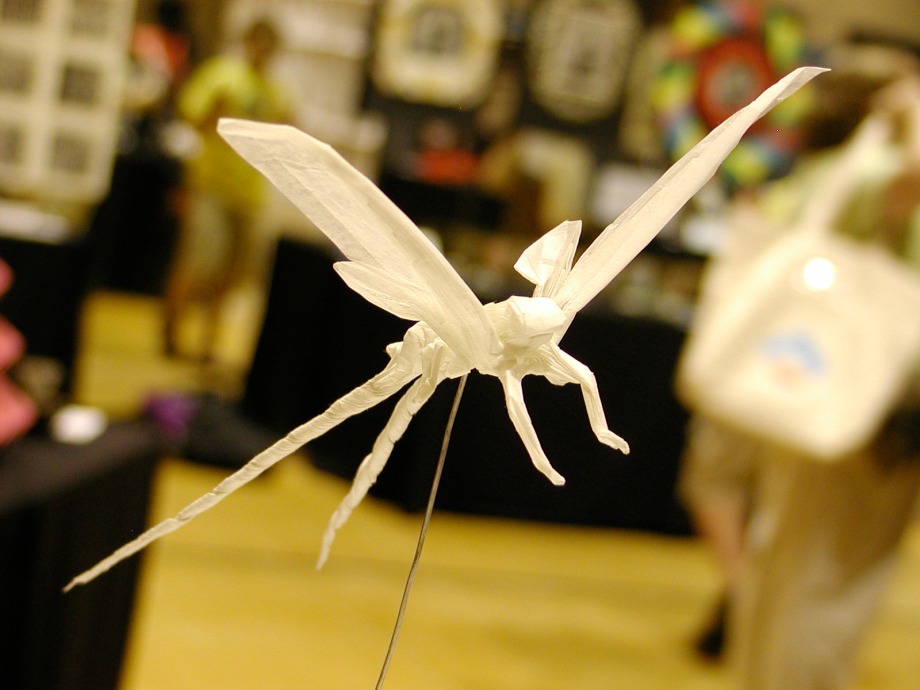 a dragonfly lands
on a stranded paper boat…
summer’s end

within his armful
of raked leaves
this lifeless dragonfly

dragonflies
the soft blur of time
in another land

out of myself just briefly dragonfly

.
adding a touch
of blue to the breeze –
dragonfly
(Magnapoets Issue 4 July 2009)

.
fading light –
everything the dragonfly
has to say

a crimson darter
skims the mirror-lake…
your lips on mine
tomorrow
may never come
.

catching
the blue eye of the breeze
dragonfly

— Claire Everett, At the Edge of Dreams

on the water lily
remains of a dragonfly
morning stillness

from sedge
to sedge to sedge
dragonfly
.

with a few brushstrokes the dragonfly comes alive
.

Dragonfly rising
everything shining
in the wind
.

A cirrus sky
one hundred dark dragonflies
with golden wings 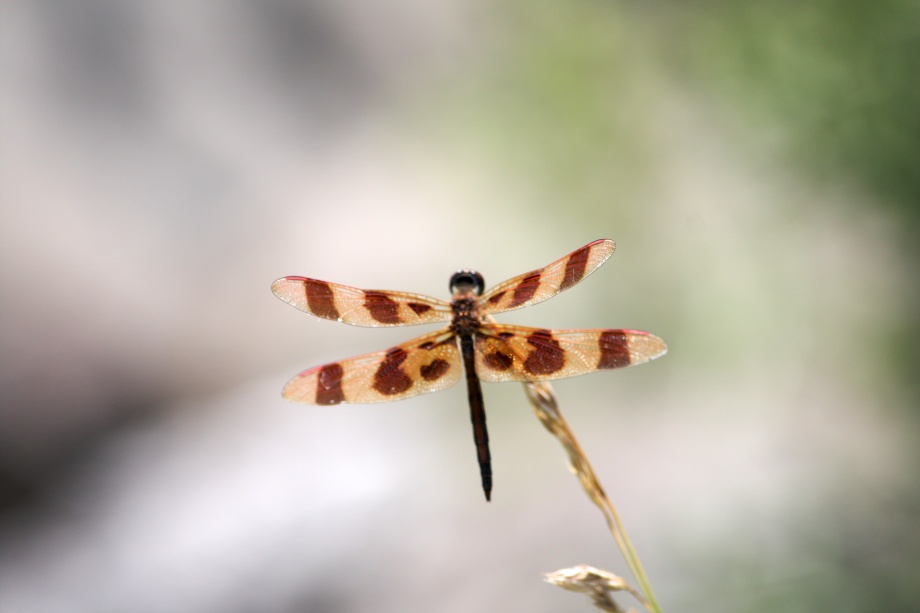 The dragon-fly,
It tried in vain to settle
On a blade of grass.

The dragon-fly
Perches on the stick
That strikes at him.

the instant it flies up
a dragonfly
loses its shadow

red dragonfly
on my shoulder, what
rank do I have?
.

spiderweb down,
a damselfly touches
my lips

born in the year
of the dragon-
fly!

sunset
from the tip of my shoe
the red dragonfly

dew on grasses
the dragonflies
are gone
.

in a wrinkle
of light
dragonfly
.

through and through the gate dragonfly

on the dried husk
that was an iris blossom
black dragonfly
.

— Christina Nguyen, A wish for the sky…

(Artwork by Kitagawa Utamaro: “Red Dragonfly and Locust [Aka tonbo and Inago]”, from Picture Book of Selected Insects with Crazy Poems [Ehon Mushi Erabi]). From the collection of the Metropolitan Museum of Art, New York City.)

this brief life a dragonfly
.

dragonfly
where there is water
a path
.
— angie werren, feathers

a break in the rain…
the stillness
of the dragonfly

dragonfly—
how much of me
do you see?

evening breeze
teetering on its perch
a red dragonfly

high notes
a red dragonfly skims
across the sound 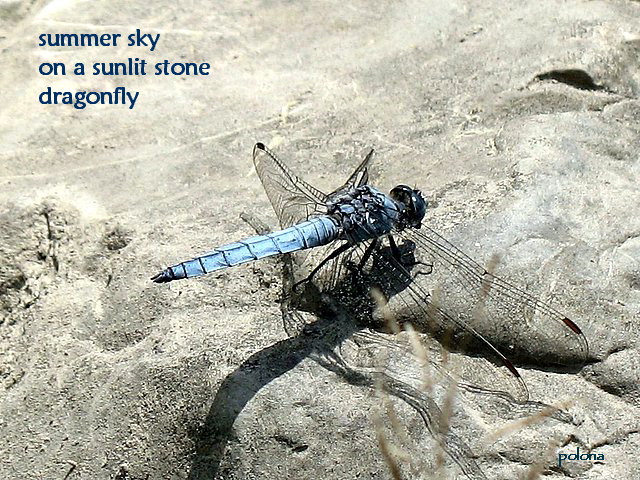 the heat
between downpours
blue dragonflies

— Mark Holloway, Beachcombing for the Landlocked

dragonfly dreams
the hospital intercom
repeats her name
.
with the password
to her sanity
darting dragonfly
.
iridescent dragonfly
hard to see
how her Ph.D. matters
.
tell me the old stories
one last time
convalescent dragonfly
.
discharge papers
the dragonfly returns home
on new meds
.
letting go of her walker
she lifts into the night sky
dragonfly
.
— Susan Antolin, Artichoke Season

Sick of everything around here being flat and quiet?  I found some moving stuff that makes noise for you too.

and on this general theme…

perched on bamboo grass
the low notes
of a dragonfly

for when even
the music stops—
dragonfly wings

mid-morning
a dragonfly and I
bound for Mississippi
.

dragonfly
at 60 miles per hour
those giant eyes

In this forest glade
The snail gone, a dragonfly lights
On the mushroom cap

‘I heard they eat their own tails’

When I was a child, living on an Air Force base in Okinawa, it was a common belief, among the elementary school set, a dragonfly would eat itself if you caught it and fed it its own tail.  I looked online and didn’t find any references to this notion so maybe we were all sniffing the good Japanese glue.

Anyhow, even though we constantly snagged lizards and grasshoppers and cicadas, I never saw any one ever catch a dragonfly, as common as they were.

dragonfly
we play in the puddles
afraid to get close

dragonfly—
wings vibrating
on the rock face
(From the sequence “Ten Haiku: For the Dodge Tenth Anniversary Hike” in The Monkey’s Face)

dragonfly
on my fingernail
looks at me
(From Wind in the Long Grass, edited by William J. Higginson [Simon & Schuster, Books for Young Readers, 1991])

An old tree
No bud and no leaf
full of dragonflies.

neti neti
a dragonfly hums
raga Megh
(raga Megh(a)=a raga for the monsoon season. Neti neti= a key expression from the Upanishads: “not this nor this” or “not this nor that” alluding to the essence of things.)
.

”the sky’s gone out”
on the radio – and then
a dragonfly
.

in and out the reeds
a blue dragonfly
mother keeps sewing
.

stitching
water and sky together
–       damselflies

dragonfly heading to the lemon hanging in the sun

(Artwork by Kitagawa Utamaro, “Dragonfly and Butterfly,” from A Selection of Insects)

on the bus
to the children’s museum
first dragonfly

iridescent wings
the flying parts of
the dragon